The Big Dangers of Belly Fat

The Big Dangers of Belly Fat 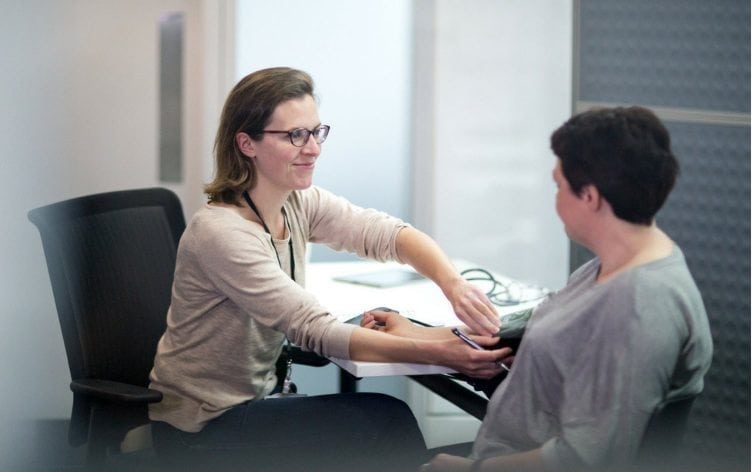 Many people want to whittle their midsections to look better and fit into that next-size-down pair of pants. But reducing belly fat brings many more benefits than just aesthetics — you could be significantly reducing your health risks.

Although getting to, and maintaining, a healthy weight is important for a number of reasons, belly fat reduction is particularly crucial.

The major contributor causing your belly to get more abundant than you’d like is what you eat, says Dr. David Ludwig, a professor of nutrition at the Harvard T.H. Chan School of Public Health.

Sugary food, including highly processed fare, can cause a blood-sugar spike that triggers an insulin release throughout the body. Over time, that creates the need for this energy to get stored if it’s not used — and the body’s favorite storage area is the belly.

Fat around your midsection can also get stored due to high levels of cortisol, the hormone responsible for your stress response. Getting too little sleep or feeling overwhelmed and stressed on a daily basis can keep cortisol elevated, leading to increased fat storage as a way for the body to be ready to handle threats. But when those threats don’t lead to usage of those energy packs, it continues to get stored long-term.

Keep in mind, belly fat is different from bloating, although you can deal with both. Bloating often comes and goes and has been linked to causes like food sensitivities, dehydration, ramping up fiber too quickly and digestive issues related to gut health. For example, you might have a “food baby” in the evening after dinner, and then a more normal-for-you stomach in the morning.

By contrast, belly fat tends to stay fairly constant, increasing and decreasing at a much slower pace, based on lifestyle factors like eating habits, stress and sleep.

Even if you’re relatively slender throughout most of your body, having excess belly fat can still cause health risks. That’s because fat cells aren’t just benign entities packed together, they actually generate adipose hormones and adipokines, says Dr. Ludwig.

These chemicals increase the amount of inflammation in the body, and that’s been linked to serious health problems like heart disease, cancer, stroke and diabetes. It has also been suggested that more belly fat can increase your chances of getting non-alcoholic fatty liver disease and metabolic syndrome.

Abdominal fat isn’t just a “spare tire” either. This type of fat is called visceral fat, which means that it’s not just under the skin, but is lodged deep inside around organs like the liver.

“Visceral fat is the fulcrum on which your health teeters,” notes Dr. Robert Lustig, a neuroendocrinologist and professor at the University of California, San Francisco. “This is the type of fat that doctors care about, because it’s visceral fat that kills you.”

As many people have found, getting rid of belly fat can be a daunting endeavor. There’s a reason most fitness magazines — and even many non-fitness publications — constantly tout strategies for “flat abs.” Spot-reduction techniques don’t tend to work, though, so you can’t do a zillion crunches and expect your belly fat to melt away.

Fortunately, there are some strategies that can get you on the right track. The best starting point, according to Dr. Ludwig, is to focus on your plate.

“The big problem is refined carbohydrates, which raise insulin levels the most,” he says. “Insulin is the ultimate fat cell fertilizer, that’s just endocrinology 101. So, the solution is not cutting back calories, which doesn’t change the dynamic, it’s to change what you’re eating.”

Choices like vegetables are slow-acting carbs, thanks to the amount of fiber they contain, and they don’t have the same insulin-spiking effect on the body.

Also, lowering cortisol levels through better sleep habits and frequent de-stressing can also be helpful, adds Dr. Filomena Trindade, of the Institute for Functional Medicine. Not only can that contribute to reducing belly fat, but it also leads to better immunity and hormone function, she says.

With a focus on tactics like consuming less sugar and getting more sleep, you can have a beneficial effect on how your belly looks — but most important, you can reduce major health risks long into the future.