“I was a HYPOXI skeptic, then I gave it a go to see what it’s actually like.”

“I was a HYPOXI skeptic, then I gave it a go to see what it’s actually like.” 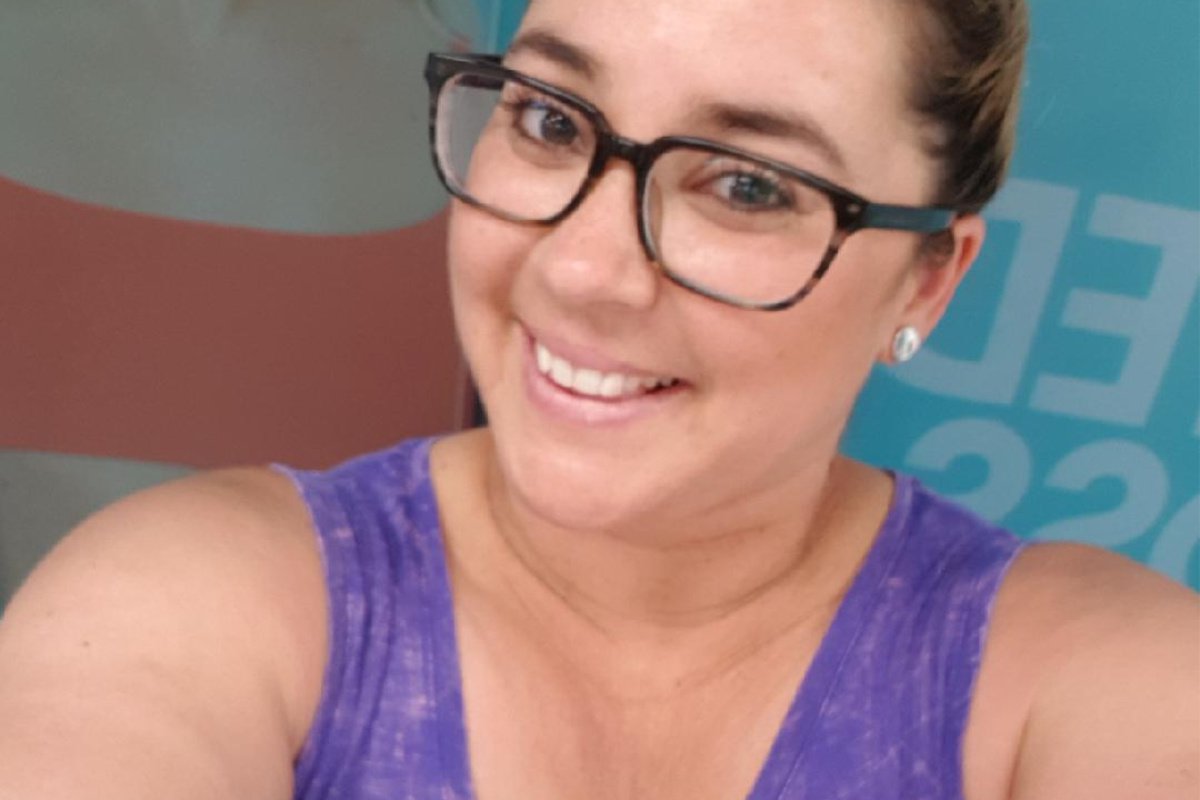 I’ve never been OK with the way I look. When everyone else around me was running around in their bikinis living their best lives, I was looking at photos of my squidgy tummy and wide set shoulders. This is originally what caused me to (unhealthily) lose over 20kg after my 21st birthday.

Having my daughter seven years ago ultimately undid all that and I have been searching for a ‘fix’ ever since.

Five years ago I tried prescribed medication, which worked, but thanks to the side effects I was awake at bizarre hours eating Doritos and singing Madonna. Soon after I did the lemon detox diet, went vegetarian, turned paleo and quit sugar…65 times. I was so incredibly ‘Keto’ that I pee’d every 10 seconds and my local chemist sold out of litmus papers.

Did any of it work?

Sure, for a little while. But then it became exhausting and overwhelming and unmotivating and soul destroying. People would tell me left and right that I am beautiful, look great and don’t need to change, but the truth is, I don’t feel like that. I want to change the way I look and feel. And you know what? That’s totally OK.

Knowing that I wanted to do it for my health, and not just my vanity, I was offered a free trial at a HYPOXI studio in the city. Now, if you think cayenne pepper in warm lemon drink is a fairy tale, then you know how I felt about HYPOXI. To me, there was no way that you can sit inside a little white egg shell doing ‘nothing’ and lose weight or tone up. It makes no sense. 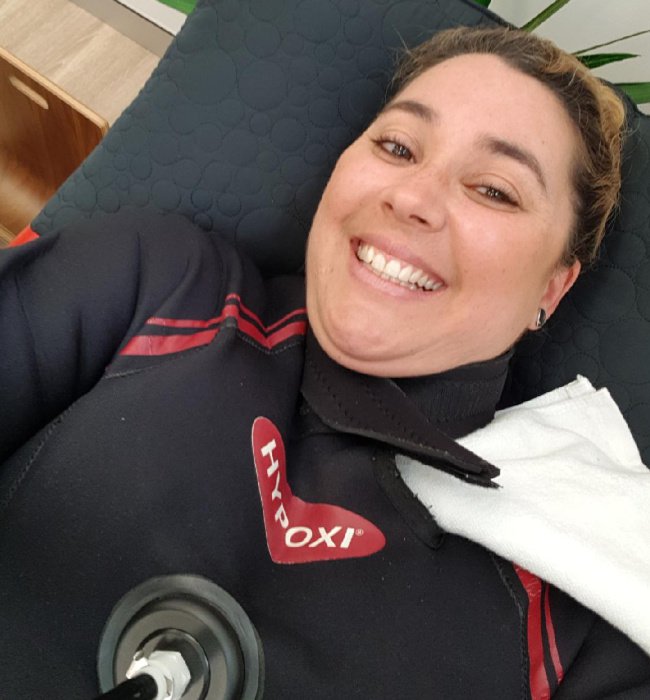 The only way I could know if it worked is if I tried it. So I did.

A sparkly-eyed man named Benjamin greeted me at the door of a very clean and intimate studio, sitting me down to fill out a first timer information sheet.

He chatted to me about what we will be doing, explaining that I’m going to do a combination session where, using science, my body will supercharge its natural fat-burning abilities by working smarter, not harder. OK Benjamin, I’m listening…

First stop, the HYPOXI-Dermology treatment, AKA, the large neoprene space-diving suit that looks like some form of cloning equipment. With little hesitation (because I have always wanted to be part of NASA) I shimmied into the suit with a little help and slid my way onto a super comfy lounge chair.

Benjamin hooked my suit up to a few cables and a machine and once checking the suit was tight enough, he pressed a button and oh my, the suit came to life! Fitted with 400 pressure chambers, the suit releases bubbles of air that circulate around areas you’ve identified, whether it be tummy, butt or thighs. 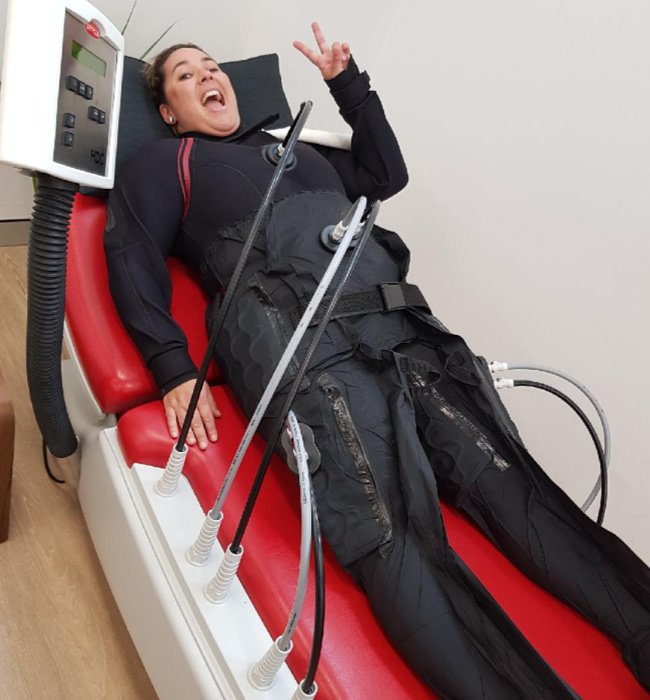 Benjamin explained that it works by stimulating a deep tissue massage of sorts to increase blood flow to those same areas. Honestly, it looks and sounds weird but boy, oh boy, it felt amazing. For 20 minutes, I laid back comfortably, with my eyes closed, and relaxed while the suit massaged my blood into flowing action, ready for the next stage of the treatment – the S120 training machine.

So, this is where my egg-like reference came from. The S120 does look a little like a vertical egg, which makes me smile. It’s non-invasive and simply required me to hop inside while wearing a heart monitor and neoprene skirt of sorts and sit on a stationary bike. Based on a number of factors including my weight, how often I exercised and a few scientific things, Benjamin loaded up my personalised program and off I went, pedalling at a doable rate for 30 minutes. 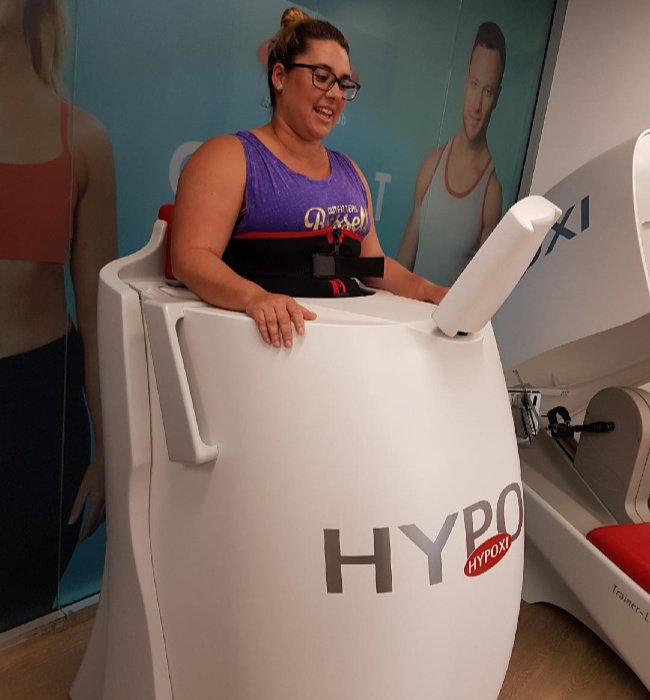 The S120, thanks to Benjamin answering all my questions, works by applying vacuum and compression theory to chosen areas and increases blood circulation while you pedal. I have had ankle surgery so anything that requires my ankle to rotate or move up and down can cause issues but I didn’t have to pedal like crazy so the bike was super doable. As you are upright, you can easily read a book or do some work at the same time and it’s really good for mums looking to shift some baby weight (like me!), people looking for a lower impact option and people who would like to tone up.

All in all, I had a really nice time at HYPOXI. I felt super comfortable and was out of there in under 60 minutes which for me, being a time-poor mum, working and also studying, is a must. You can actually do 30-minute sessions if you prefer – which is pretty realistic with my kind of life.

Most of all, I felt good after the session – not huffing and puffing and walking like I had rode a horse.

Would I do it again? For sure. Only time will tell if it works in the long term for me, but it’s a whole lot better than reaching for the diet books as I had in the past.