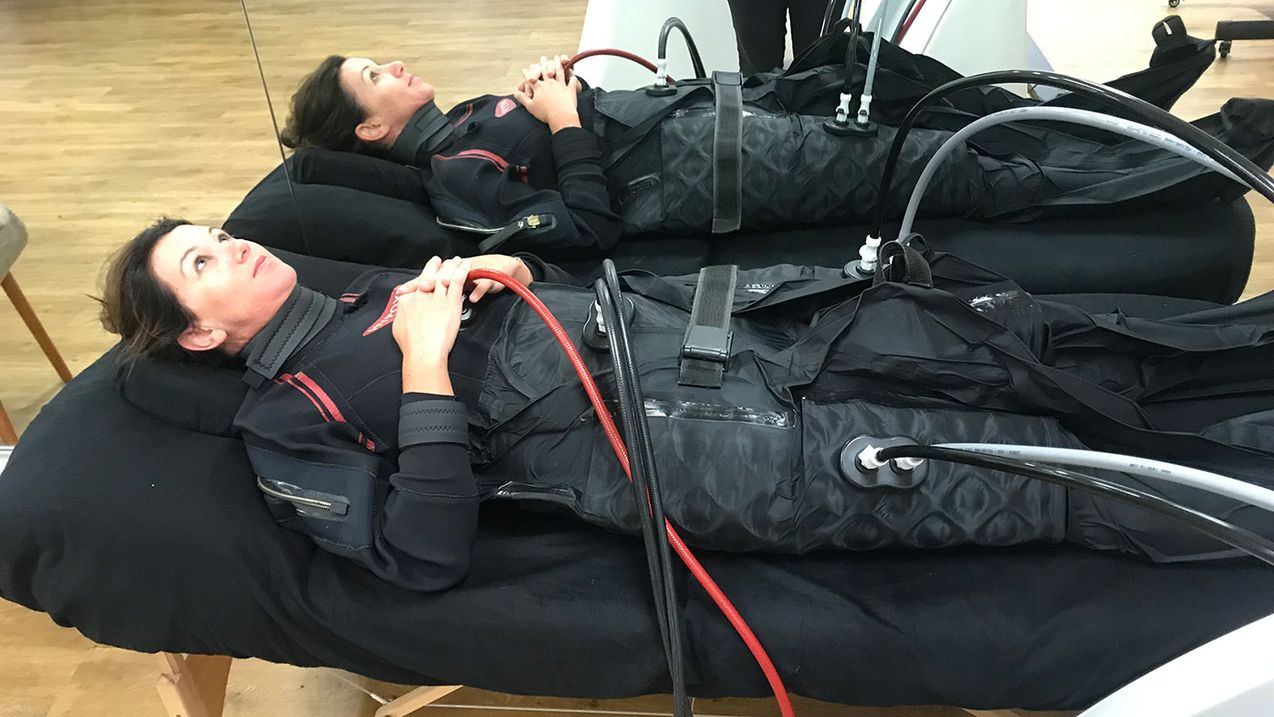 Hypoxi studios have sprung up around Australia, claiming to help remove stubborn fat and cellulite. Nine producer Victoria Owens puts it to the test.

Victoria did some of her sessions in our Lane Cove studio.

Winter is fast approaching and if you’re anything like me you’ll be nervously counting down the days until you have to get back into jeans on a daily basis. I know most people think summer is when you want to lose weight, but in my opinion there’s not much you can hide when you slip into (or stuff into) a skinny jean.

So, before it gets too cold, I thought I’d try to slim down using the new-ish fitness fad known as Hypoxi. It’s famous for helping people (mostly women) reduce cellulite, lose centimetres and burn fat. And the best part — you get to wear trackies while you do it! 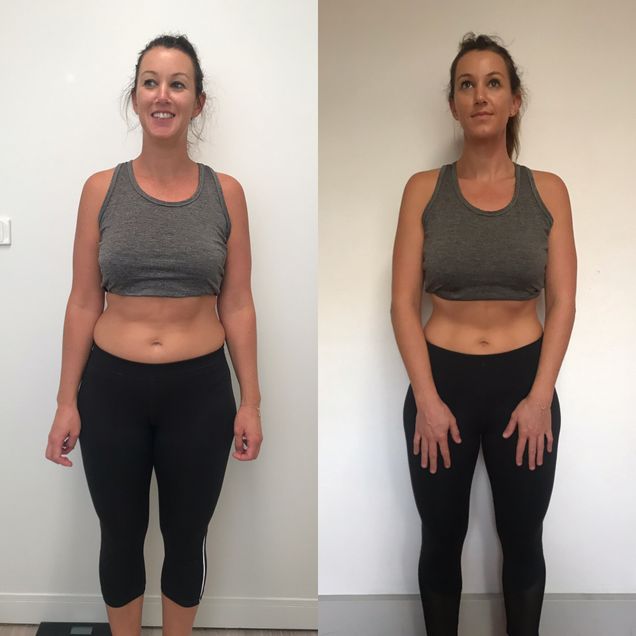 It’s the perfect combination of diet and exercise, so for busy people who are time poor, you only need to sacrifice one hour, three times a week to see results. Here’s how it works:

First up, you put on an oversized full body wetsuit. Don’t worry, you won’t be jumping in any water, in fact once you have it on, you get to lie down for 20 minutes. So you’ll be zipped up into this big wetsuit so that no air can escape – then once you’re laying down on a very comfortable Hypoxi bed they start attaching lots of tubes to your suit to start drawing out all the air. This bit kinda reminds me of the Matrix.

Once you start to feel super sucked in, a 20-minute timer begins and the suit starts doing its thing. All you need to do is relax. The aim of the game here is to capture an accurate resting heart rate, which they use for the second part of the process. During this relaxation process it feels like you’re getting a massage, if someone was rolling bubble wrap up and down your legs, bum, thighs and tummy. And I gotta say, as someone who schedules themselves within an inch of their life, this 20-minute time out is great.

But if you want to know what it’s doing while you’re lying there it’s this: the suit is carrying out vacuum therapy – or, as I like to call it, a super sucking session. It’s sucking the air in and out to create a suction around your problem areas (sort of like cupping). This increases blood flow to the cellulite areas that don’t usually get any love. Once all the blood is flowing around those areas it’s time for stage two… otherwise known as the “time to move your ass” stage.

You hop out of your sexy wetsuit one-piece and put on sexy wetsuit skirt. What’s with all the wetsuits you ask? It’s the best material to ensure maximum suction to get the best results.

With your sexy new skirt on you’ll jump onto a stationary bike that’s inside a vacuum chamber. The skirt allows you to get locked in so that no air can escape from your waist down. Once you’re locked in, it’s time to cycle.

Now don’t think this is strenuous – this is low-impact exercise! You cycle at a fat-burning pace which isn’t hard. In fact it’s so easy I used the time to Netflix and…. chill? It’s a piece of cake and while you’re laughing away at the TV, inside the vacuum chamber you’ll be working up a serious sweat. The aim of the game for stage two is to generate as much heat inside the chamber so that it can melt the fat away. Sounds too good to be true (I was a sceptic) but the results speak for themselves.

So when the blood is pumping freely from stage one – the heat from stage two can make it work even faster. You do this for 30 minutes and before your favourite show is finished it’s time to get off, and you’re done with exercise for the day! Simple, right? Wrong. This is where it can get tricky — the diet component of Hypoxi is where I almost fell off the wagon 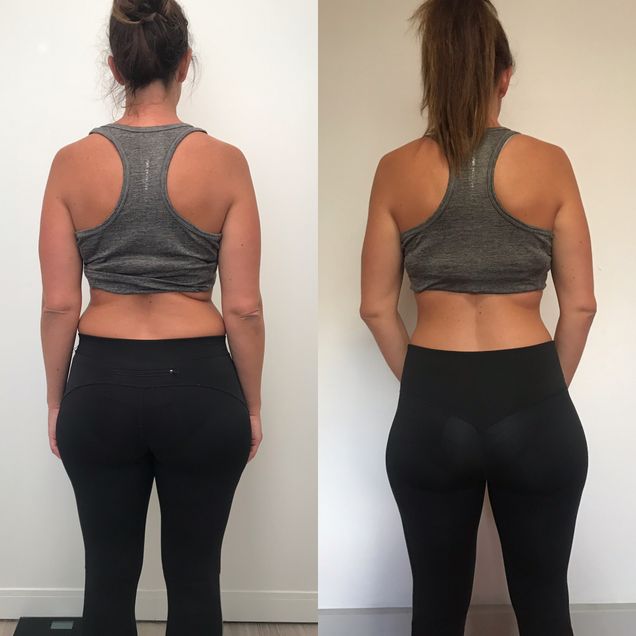 After Hypoxi you cannot eat for two hours — and you can’t eat carbs for a further four hours. You also can’t drink coffee or alcohol afterwards either. What a bore. You mean I can’t do Hypoxi and eat and drink whatever I want? Nope.

So this is where I quickly had to learn what is and isn’t a carb (side note — basically everything is a carb). This can be the hardest part to navigate through, because after you’ve left the safety of your suction suit, it’s all on you to keep a good diet so that you get good results. Hypoxi only works if you don’t take the piss when it comes to your eating.

I took the easy option and did HYPOXI at night which meant I wouldn’t need to drink coffee or eat anything after my “workout”. I’d just go to bed and let the magical results continue into the night so I could wake up the next day feeling better than ever.

After doing this three times a week for four weeks not only had a lost weight, I had taken many, many centimetres off so many different parts of my body. So let’s crunch the numbers….

After four weeks, I lost 4.1kgs which can mostly be attributed to the change in my diet. HYPOXI is responsible for the huge number of centimetres I lost. My most dramatic slim down was around my stomach where I lost a whopping 9.5cm. I also lost around 5cm from both my waist and bum and a few centimetres here and there from my knees, thighs and hips. It was also pretty clear my face had slimmed down a lot as well. 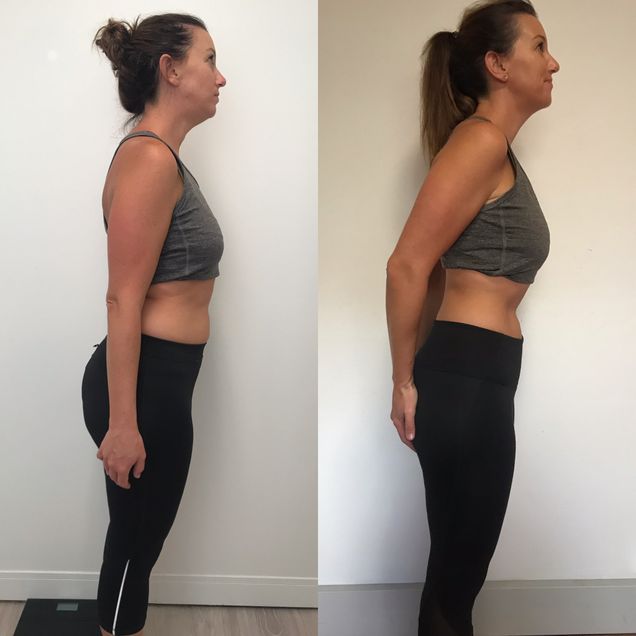 All in all, not bad for four weeks’ work. Hypoxi is great if you can stick to a healthy diet. Don’t get me wrong — I still enjoyed wine on the weekends and treats on my non-Hypoxi days, but I found eating well on the Hypoxi days every Monday, Tuesday and Thursday helped start the week off right and keep myself in check. Now I don’t need to worry about fitting back into my skinny jeans for winter.