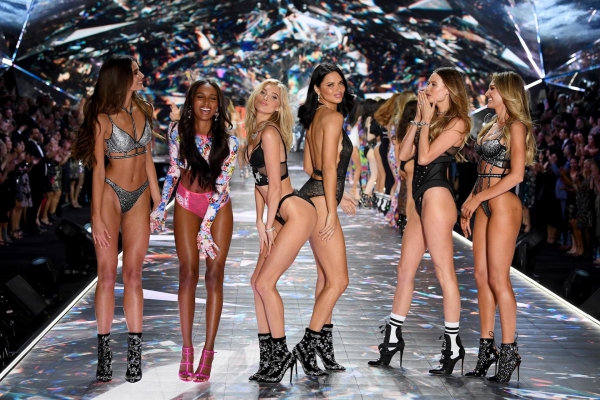 One Vogue editor, four weeks, 12 sessions and centimetres lost all around.

“Whatever you’re doing, keep doing it.” Someone I hadn’t seen in a while said this to me the week after I finished 12 sessions of Hypoxi. It was a compliment I wasn’t expecting to receive. Sometimes it’s hard to notice changes in your own body until someone else points them out (or measures them, but more on that later.) The ‘whatever’ I was doing was 50 minutes, three nights a week for four weeks at a Hypoxi studio.

By now, you’re probably asking yourself, what even is Hypoxi?
The Hypoxi-method is a combination of low-impact exercise and vacuum and compression technology that targets our bodies’ weakest areas of circulation. It’s believed that the weaker the circulation, the harder it is to metabolise fat in those areas. For women, those areas are the common ‘problem’ zones of stomach, hips, bottom and thighs. If you increase blood circulation to the stubborn fat stores—done by using dual Hypoxi machines—you can actually target your fat burning to those stores.

So what are the Hypoxi machines and how do you use them?
You can customise your session to use whichever machines work for you and your goals but I always used a combination of 20 minutes on the Dermology machine followed by 30 minutes on either the L250 or the S120 stationary bike.

The Dermology machine is a bed on which you lie down for the full 20 minutes. Yes, really. But you do so wearing an astronaut-like jumpsuit connected to pipes. The suit covers your entire body (I wore long pants and a jumper underneath for warmth as I found it very cooling) and the air is locked in by velcro straps around your wrists and neck. The suit inflates and deflates as air flows in and out of the pipes. The circulation is supposed to stimulate your lymphatic system and reduce fluid retention, cellulite, puffy skin and uneven skin tone. Once you adjust to the sensation, which at first is rather strange and borderline claustrophobic, the in-out rhythm becomes incredibly calming and meditative. During one session I almost fell asleep but for the rest I read my book or checked emails since your hands are free. Honestly, I was disappointed every time the alarm sounded the end of my 20 minutes.

Next, you de-suit and step into either the L250 or the S120 stationary bike, the major difference being that the L250 is reclining and the S120 is upright. Both bikes have the same effect, so really it’s based on availability and personal preference. (I enjoyed both and alternated each session). Inside the machine is a regular stationary bike, which you cycle on for 30 minutes just like you would at the gym. The difference is that encased around you is a chamber up to your waist (you are fitted with a rubber corset-like belt that attaches to the top of the chamber to ensure it’s airtight). The vacuum and compression technology in the machine supercharges your circulation, especially after using the Dermology machine. Your coach will tailor the machine’s settings for you so it’s at the optimum resistance and air flow and then all you need to do is cycle on the pedals for 30 minutes. Once again, you can hold a book, phone or even iPad (Netflix and cycle, anyone?). The system is designed to target stubborn fat and cellulite in the lower half of the body and reduce fluid retention even further.

And just how good are the results?
Your Hypoxi coach will take your body weight and measurements before your first session, then again after six sessions and finally, at the 12th session. I saw extreme results in the first six sessions—in fact, I was so shocked because I had told my coach that I didn’t feel anything had shifted. But numbers don’t lie and I had lost over 20 centimetres overall (no weight loss, though). I then plateaued after the next six sessions, which I can’t explain except for the fact that everyone reacts differently and I had lost in the first six sessions what the average person loses in 12 sessions. My cellulite appearance was at the lowest level (yay!), though it had not totally vanished.

Are there any downsides to Hypoxi?
While the Hypoxi machines are pain-free and low-impact, the most challenging part of the program was the rules around eating. You aren’t allowed to eat or have caffeine until two hours after a session and not within one hour before a session. Given that I have a nine-to-six full-time job and need a coffee in the morning, this required me to book 6.45pm sessions three nights a week and eat my dinner very early in the office beforehand (a 9.45pm dinner is way too late for me!) There are also a number of guidelines around what you eat (no simple carbohydrates etc) that are outlined in a meal plan and instructions provided when you sign up. I honestly think my 5pm dinners had a positive effect on my results—it was almost like I was intermittent fasting as well since my next meal was breakfast the following day. I simply had to be organised and make sure I had dinner options at the office on those weekdays. It also meant that I had to forgo any social arrangement or post-work events that revolved around eating or drinking on my Hypoxi days, so best to do the program during a period that’s not too busy for you socially. If you can do your session at any time during the day, I would assume it’s much easier to balance the food rules. You are also advised not to do additional exercise on Hypoxi days (or within six hours of a session), but can do your normal exercise regimen on non-Hypoxi days.

Value for money: The price ranges per membership depending on the number of sessions and whether or not you choose to do a single machine or the combo. A four-week 12-session combo membership, called Fine Tune, is $1,296. At $108 per session, it’s a hefty investment and for that price, you could also just book in 12 sessions with a personal trainer. But if you’ve tried that, and really want to accelerate your results or prepare for a milestone event, Hypoxi is the superior option.

Good for: Anyone who has plateaued in their usual exercise regimen, wants to shift fat in stubborn lower-body zones, needs or prefers their exercise to be low-impact and is good at committing to a routine.

Where to book: Hypoxi

This is an independently written road test which was not commissioned or paid for by the brand. However, the treatment was provided to the writer at the brand’s discretion.