Should You Weigh Yourself? 3 Signs to Step Off the Scale

Should You Weigh Yourself? 3 Signs to Step Off the Scale

Article from My Fitness Pal Blog 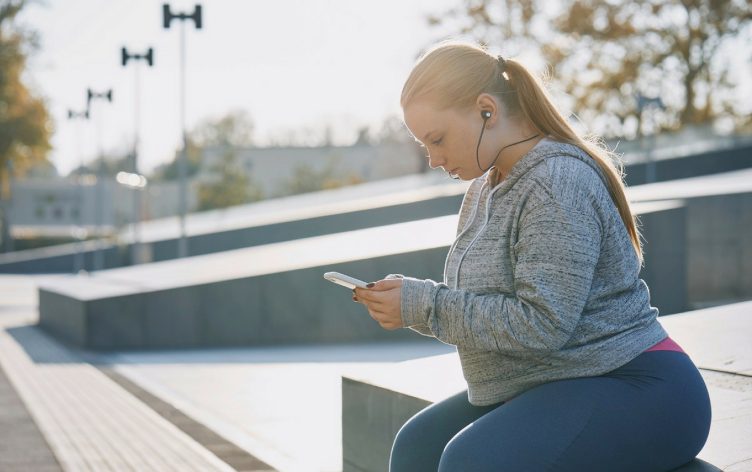 About a decade ago, I quit smoking a pack a day and started eating a pint of ice cream every day instead. After six months of being fueled by cookie-dough varieties and whimsical Ben & Jerry’s choices, I ditched the frozen treats as well.

Although I was proud of finally giving up both cigarettes and mega calories, I had a new problem: the nearly 50 pounds I’d put on over six months since quitting the smokes. I set a realistic weight goal, changed my eating habits to healthier options and started weighing myself every few days to make sure I was staying on track.

Then it was every morning, followed soon by weighing myself multiple times a day, always with a sense of dread about being “off” from where I wanted to be. If I was down even by a few ounces, I was overjoyed. But if I was up, I felt crushed.

Daily weigh-ins can be a valuable tool in understanding where you are in terms of a goal. But for me, and for many others, it can also become a source of anxiety and frustration.

Here are three signs you might want to put the scale away for at least a little while:

1 YOUR HAPPINESS HINGES ON A NUMBER

In other words: You felt good before you stepped on the scale and terrible after. Let’s say you committed to running five days this week and avoiding sugar. You accomplished both goals and you’re feeling bulletproof because you have more energy, you’re sleeping better and your sugar cravings are subsiding. But then you step on the scale and nothing has changed — or worse, you gained a little.

“Suddenly, all your efforts have been erased in your mind and you think, why am I even trying so hard if it’s not making a difference?” says Elizabeth Kingsford, psychotherapist and author of “Brain-Powered Weight Loss.” Even though you were feeling great results from meeting your goals, the scale seems to have diminished their impact.

Read More: 8 Foods That Are Surprisingly Good for Weight Loss
“When the scale has the power to change your good emotions, that’s a sign you should ditch it,” she says. When your outlook shifts from positive to negative, it can lead you to abandon healthy behaviors. If you’re feeling crusty after every scale session, Kingsford suggests focusing instead on different measures of progress — and setting goals that don’t have to do with your weight.

“The scale has no measure for your happiness, the gratitude you have in your life or how hard you might be working,” she says. “If the scale starts working against you, get rid of it.”

2 YOU REACT BY MAKING ABRUPT AND DRASTIC CHANGES

Tweaking calorie intake based on weight-goal progress is a standard part of many weight-loss programs, especially when you take activity levels into account. You won’t eat the same amount on a day you run 10 miles as you would on a day you sit at a conference for hours.

But making dramatic changes based on what the scale reads in the morning isn’t an ideal strategy, according to Candice Seti, PhD, a licensed clinical psychologist, certified personal trainer and certified nutrition coach, who’s known as The Weight Loss Therapist.

“Seeing an increase in weight could trigger someone to avoid eating for the day,” she says. “Alternatively, seeing a decrease could be a trigger to overeat that day, almost as if the number is giving them permission.”

That’s one of the reasons weekly weigh-ins have been the gold standard for many weight-loss programs, she adds. They are less reflective of the kind of factors that can influence daily weigh-ins, such as sodium intake, stress and hormonal changes.

How often you weigh yourself is a matter of personal choice, usually based on what works best for you. For example, if you feel weighing yourself daily is a nice check-in that keeps you feeling accountable, great. But if you prefer to weigh yourself weekly because it’s a better indication of progress, that might be your strategy.

What doesn’t work? Multiple daily weigh-ins. As Dr. Seti notes, your weight can fluctuate quite a bit within the space of a day, sometimes between 5–7 pounds. That can be a recipe for a major freakout.

That’s why it’s important to maintain consistency if you’re doing the once-daily or one-weekly check. Dr. Seti advises using the same scale, at the same time of day, in the same location, wearing the same clothing. That way, you can assess weight changes with more accuracy.